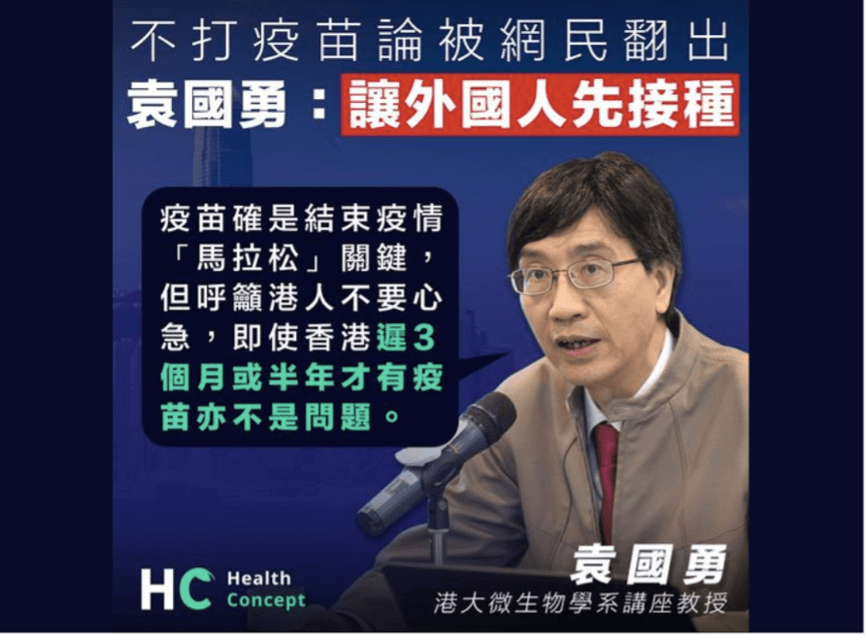 The Chief Executive of Hong Kong, Carrie Lam, said on Dec. 11, 2020 that Hong Kong government has signed a “pre-purchase agreement” with three vaccine manufacturers, i.e., Sinovac, BioNTech-Pfizer, and AstraZeneca, to purchase a total of over 20 million doses. Carrie Lam said that inoculation is totally voluntary, but it can be expected that the public cannot choose which vaccine to get. As SinoVac is from mainland China, it aroused public doubts about its safety.

The Facebook page Health Concept published a post on Dec. 14, 2020, citing Professor Yuen’s statement on vaccination, “Even if the coronavirus vaccine is rolled out, I will not get vaccinated immediately and still rely on masks to protect myself for at least one year.”

The post also pointed out that Professor Yuen stated on a radio program on Dec. 6, 2020 that vaccination against the novel coronavirus is indeed the key to ending the epidemic, but there is no Phase 3 data of clinical trials of the vaccine available on peer-reviewed medical journals. Thus, Professor Yuen appeals to Hong Kong people not to rush to get vaccinated and let people in other countries get it first. Even if the vaccine is available in Hong Kong after three to six months, it will not be a big deal.

As of the issuance of this report, the post has received more than 60 shares and more than 40 comments.

The claim questions: Is it true that “Professor Yuen Kwok-yung suggested that Hong Kong people should not rush to get vaccinated, and let people in other countries do it first”?

According to Ming Pao’s report, it was confirmed that Professor Yuen attended the TVB program “On the Record” on May 3 2020, stating that there has never been a large number of inoculations of coronavirus vaccines in human history. The side effects are unknown. He did state that he will refuse to get vaccinated now and protect himself by face mask.

Seven months later (Dec. 6, 2020), Professor Yuen was interviewed on a commercial radio program “Beautiful Sunday,” saying that vaccines are the most important key to ending the epidemic. He also emphasized that due to a lack of reliable data about the vaccines, it is better to wait for sufficient clinical trial data of Phase 3. He recommended not to get vaccinated in a hurry, “Because there is no peer-reviewed clinical data, how come you can draw the conclusion so quickly? I advise Hong Kong people to be patient and wait for people in other countries to get it first…The coronavirus vaccine has never been used in human history. In addition, some vaccine methods, such as the mRNA technology, have never been used in human bodies. It is better to wait and see its safety data. I believe Professor Sophia Chan Siu-chee (Secretary for Food and Health Bureau) will make the best procurement decision so that Hong Kong will definitely have enough vaccines, but do not need to be rush.”

After the government announced that they had ordered the vaccine, Professor Yuen was asked again whether he would receive the vaccine. According to a Facebook post, he said that everything must be based on scientific evidence. As soon as the Phase 3 clinical trial data proves that the vaccine is effective and consensus is reached by the Advisory Panel of the Hong Kong Government, he will immediately get vaccinated. He said that the vaccine will not arrive in Hong Kong in months. By then, hundreds of millions of people in the United States would have been vaccinated. He believes that by then the side effects will be known and the public will not need to worry. He has always believed that the nasal spray vaccine developed by the Hong Kong University is very effective, and he will receive it instead of other vaccines now.

It was confirmed that Professor Yuen said if there are vaccines available now, he was not willing to take it and would wait for others to get vaccinated first. Seven months later, he suggested again that Hong Kong people should wait for sufficient scientific data of the vaccines to prove their effectiveness and safety. After the government announced the vaccination programme, Professor Yuen again recommended the public not to be rush and wait for several months after the arrival of sufficient vaccines in Hong Kong. He believes that after a large scale of use in foreign countries, the side effects will be revealed and the public will not have to worry by then.

It can be seen that Professor Yuen has always held the opinion not to get vaccinated in a hurry so that people can make an informed decision with sufficient safety and efficacy data released. Therefore, the statement is rated TRUE. 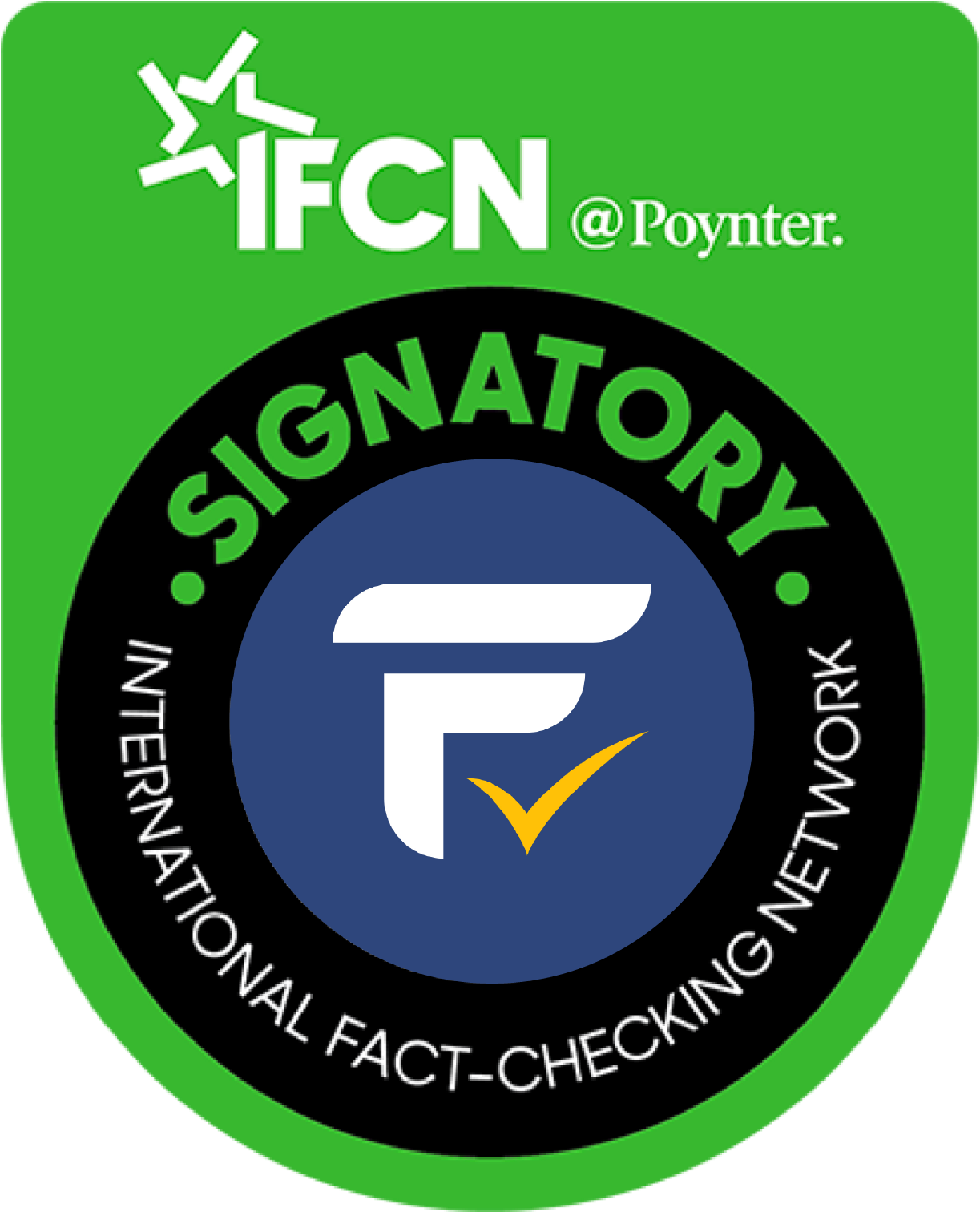 School of Communication and Film